Skip to content
Fisheries Society of the British Isles > Articles by: fsbi-builder

What We Plan to Do (Summary)

A key objective for both societies is to promote dual involvement to improve the connectivity between our members by offering a dual membership package.

This aims to improve the signposting of opportunities available to members and greatly improve the awareness of grants and useful training courses to strengthen links between science and practice for all members.

We want to enhance the quality of our future workshops and events by having IFM as the practical experts in applying current academic research to real-world applications. Such as; How to carry out quantitative stock assessments (IFM lead) with new genetic techniques (FSBI lead).

This will provide highly valuable material that will significantly improve the experiences, collaborations and skills gained for all attending members.

This aims to increase the impact of international statements made by the societies on issues such as; climate change, marine fisheries, over-fishing, invasive species, environmental impacts, habitat and biodiversity loss.

Read the in-depth breakdown of the new collaboration below

Freshwater fish are among the most vulnerable organisms on the planet due to the ecological impacts of the multiple anthropogenic pressures that modify freshwater habitats. Despite the concern over the current state of the world’s freshwater fish faunas, little is known about how multiple facets of their diversity are changing over time.

In the tropics, the situation is particularly unclear because, historically, fewer temporal community data have been collected than in temperate locations. The tropical  island of Trinidad in the Caribbean is an exception, as stream fish communities there have been monitored at different time points during the last half-century.

In my project, I will ask two main questions. First, how has the regional freshwater fish diversity in Trinidad changed since the 1950s? Second, are the spatio-temporal patterns found in this tropical island observed in other locations of the world?

In order to answer my first question, I will extend time-series surveys by re-visiting fieldwork sites throughout the geography of Trinidad and use the records from the past to establish comparisons. To tackle the second, I will use open-access, temporal data of freshwater fish communities available in repositories such as BioTIME (http://biotime.st-andrews.ac.uk/).

Since biodiversity is a multi-faceted concept, I will adopt a multi-dimensional  approach in my analyses. First, I will quantify two biodiversity components: the local diversity of communities and compositional change relative to a temporal baseline (also named alpha and temporal beta diversity). Second, I will use recently developed methodologies that integrate the information contained in species traits and phylogenies to measure the functional and phylogenetic dimensions of diversity alongside their taxonomic counterpart.

Below is a condensed version of the statement from above, drafted by the AFS, that outlines the challenges presented by climate change, the science based evidence for human-caused climate change and the needed responses.

2. Impacts already occurring range from increased frequency, intensification, and severity of; meteorlogical events, hydrological disasters; ocean acidification and deoxygenation. These changes are currently causing an unprecedented ecological backlash on our environment at a global scale.

These challenges are precursors of more damage to fisheries, biodiversity, and human society at large.
Delaying action to stop underlying causes of climate change will have economic, environmental, and societal consequences.

In the marine environment shifts in species composition, behaviour, abundance, and biomass production is an increasing trend. For instance lobster, cod, mackerel, coral reef fishes and other species important to fisheries are moving poleward to deeper waters or declining.

In addition coastal ecosystems are being transformed, degraded, or lost, either largely or in part due to carbon emissions causing global ocean acidification. Not only does the affect primary production, from coral reefs to kelp forests, but is also tied to the survival of organisms especially shellfish.

Furthermore climate change is interacting with other stressors such as excess nutrient input, overharvesting, and novel species interactions to further suppress marine ecosystems.

Freshwater ecosystems cover less than 1% of the planet’s surface but support one-third of vertebrates, 10% of all species and is more vulnerable to terrestrial changes with less capability to adapt to the impacts of climate change.

This will impact recreational and commercial fish harvest because of the increased frequency and severity of droughts and floods, damaging the quality of freshwater.

According to the Food and Agriculture Organization of the United Nations, fish accounts for 17% of animal protein consumed globally. Furthermore, fishing and aquaculture directly employ almost 60 million people, and global trade in fish products has reached US$152 billion per year, with 54% originating in developing countries.

Furthermore, the warming of waters elevates bioaccumulation of heavy metals increasing the prevalence of waterborne pathogens affecting both human and animal health.

It will also impact many businesses that are dependent on local ecosystems for; sustainable diving, snorkelling, angling, marine mammal and bird watching, and other recreational activities.

Rapid action to curb release of greenhouse gas emissions and to remove and store CO2 from the atmosphere is needed to ensure the prevention of calamitous consequences of human-caused climate change.

Global and national targets are necessary to protect and restore carbon dense ecosystems and reduce the impacts of climate change.

Governments, industry, academia, and sectors of society must prioritize actions in a concerted way to halt human-caused climate change.

A rapid transition towards green energy sources, accomplished by all governments by immediately acting on the advice of specialists.

To better understand other environmental stressors that act synergistically with climate change we must provide resources for mapping and research. This will arm natural resources agencies with the tools to mitigate these impacts and plan for changes in aquatic ecosystems.

My name is Joseph Perkins and I am a student FSBI member finishing my masters by research degree at the University of Salford.

In the summer of 2018, I was fortunate enough to get accepted to deliver a speed talk at the FSBI symposium in Hull.

The symposium was focused on advances in eDNA-based approaches to fish ecology and management. The conference was fantastically orchestrated, the talks were incredibly delivered, and the social events provided the chance to meet wonderful scientists, in which their work I have been reading and admiring throughout my studies.

“If I did not join the FSBI or apply for this conference, this opportunity may not have presented itself.”

After I nervously delivered by presentation, I approached a PhD student from James Cook University whose presentation was incredibly inspiring. Here we spoke about the amazing research she had done, along with other research at JCU, this then led to the projects they had on offer. That very evening, I got onto my laptop and found an exciting PhD opportunity at JCU.

Now a few months down the line, I have been offered and now accepted the PhD position. I have obtained a scholarship and I am now in the final stages of completing my visa, before starting the PhD in July at JCU in Townsville, Australia.

Push yourself and your research, no matter how nervous you are!Click To Tweet

As a master’s student, my advice would be to push yourself and your research, no matter how nervous you are.

With this, you need amazing organisations such as FSBI to give students, as well as established scientists the opportunity to showcase what they have achieved, so they too, can progress and get such wonderful opportunities like I have.

We are currently looking for 5 new council members to become part of the council team for the next 4 years.

To nominate someone to become a council member please download the nomination form here, and send the filled in application to secretary@fsbi.org.uk

To celebrate 10 years of IFM Specialist Conferences we have joined with the International Year of the Salmon (IYS) to host the flagship IYS conference for the UK. The conference will also be supporting World Fish Migration Day.

The conference’s aim is to bring people together to share knowledge, raise public awareness and to encourage people and businesses to sign up to action to protect and enhance wild Atlantic salmon as part of the International Year of the Salmon.

The outcome we are seeking is a ‘blueprint’ for delivery, a toolkit that can accelerate the delivery of the necessary environmental improvements to restore Atlantic salmon populations.  We want to learn from those organisations that we need to work with to deliver the necessary environmental changes, to share best practice in delivering action from across the ‘salmosphere’, and build professional capability and understanding.

The conference will be over three days with talks and field trips that are focussed around the conference aims.

This is the registration page for students who wish to reserve a place on the 2020 Certificate Field Course Weekend. 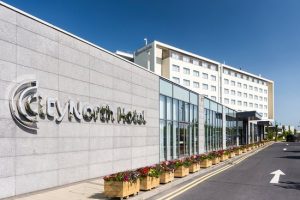 23rd January 2020
City North Hotel & Conference Centre,
Gormanston,
K32 W562
The Conference is free to IFM members.
An attendance Fee of €15 will apply for non-members. A light lunch will be provided.
Click to sign up here.
As the Institute celebrates its 50th anniversary, the Ireland Branch will mark the milestone with a one-day Conference. Shortly after the formation of the IFM in 1969, fisheries staff from across Ireland became members and have been actively promoting its aims ever since.
The theme for the recent 50th Annual IFM Conference in Nottingham was Learning from the Past to Inform the Future. The Ireland branch has decided to adopt the same theme and has assembled an excellent programme of presentations which will cover many of the leading issues affecting inland fisheries on the Island of Ireland.

The FSBI is proud and honoured to announce the award of the Society’s three medals for 2019 to Professor Neil B. Metcalfe (Beverton Medal), Professor Isabelle M. Côté (Le Cren Medal) and Dr Shaun Killen (FSBI Medal). We congratulate each of them on their outstanding contributions, and look forward to presenting their awards at the 2019 Annual International Symposium in Hull. Please go to https://fsbi.org.uk/medal-winners-2019/ for further details and medal citations.

Submit your paper to the Journal of Fish Biology conference Issue at https://www.editorialmanager.com/jfb/default.aspx. Deadline 1st June 2019.

This website uses cookies to improve your experience while you navigate through the website. Out of these, the cookies that are categorized as necessary are stored on your browser as they are essential for the working of basic functionalities of the website. We also use third-party cookies that help us analyze and understand how you use this website. These cookies will be stored in your browser only with your consent. You also have the option to opt-out of these cookies. But opting out of some of these cookies may affect your browsing experience.
Necessary Always Enabled
Necessary cookies are absolutely essential for the website to function properly. This category only includes cookies that ensures basic functionalities and security features of the website. These cookies do not store any personal information.
Non-necessary
Any cookies that may not be particularly necessary for the website to function and is used specifically to collect user personal data via analytics, ads, other embedded contents are termed as non-necessary cookies. It is mandatory to procure user consent prior to running these cookies on your website.
SAVE & ACCEPT