Skip to content
Fisheries Society of the British Isles > Symposium 2021 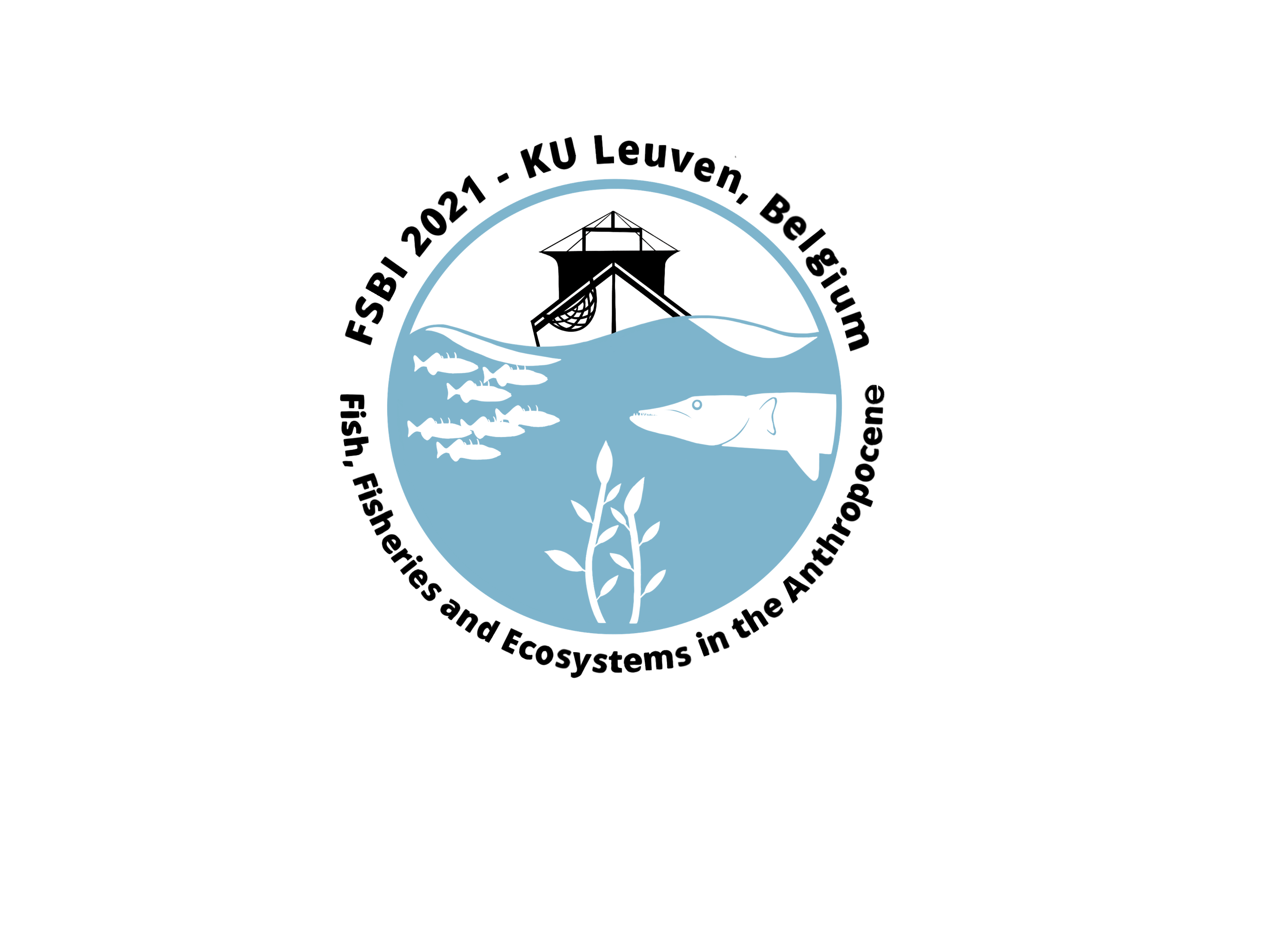 Ecosystems have played a crucial role in the functioning of the Blue Planet through the linking of the abiotic and biotic components with nutrient cycles and energy flows.

While the importance of ecosystem interactions is increasingly acknowledged, freshwater and marine ecosystems remain unfortunately understudied. The role of fish in the natural environment, acknowledged for long but not always properly understood, receives a reappraisal through the consequences of regime shifts, the role of microbiomes, the influence of pathogens and symbionts on meta-communities, the evolution of ecosystems and the role of biota in global functioning. Adapted techniques such as microchemistry, –omics, modeling, data analysis and data management have given ecosystem research and the role of fish a new impetus.

It is time to bring the scientific community together for a state-of-the-art meeting. In addition humans have a large impact on the functioning of ecosystems, so much that the proper functioning of ecosystems is changing fast, probably too fast. Fish and fisheries biologists increasingly collaborate with social scientists and society towards a sustainable and equitable use of the living natural resources.

The 2021 Annual Symposium of the Fisheries Society of the British Isles (5th-8th July) focuses on the functional role of fish and fisheries in aquatic ecosystems, at a time when the impact of man has never been so extensive. Topics range from the fundamental to the applied, from a small to a large scale, from the past to the future, provided that fish and fisheries take a prime role.

The symposium will be organized virtually in view of the COVID-19 pandemic. An adapted program with real time and preregistered presentations, award ceremonies, break-out rooms, meet the speaker, FSBI Annual General Meeting, poster sessions and informal meetings will be organized. The organisers will do their utmost best to make the meeting as inclusive and personal as possible. Special attention will be paid to junior and disadvantaged researchers. The registration process for the oral and poster presentations proceeds as scheduled in format and timing.

Special issue editors Ilaria Coscia, Kris Hostens and Filip Volckaert look forward to either your full paper, brief communication, review or opinion by the start of the symposium on 5 July 2021.

Institute for the Oceans and Fisheries

Daniel Pauly is a Professor of Fisheries at the University of British Columbia, where he directs the Sea Around Us research initiative.

He is devoted to studying, documenting and mitigating the impact of fisheries on the world’s marine ecosystems.

The concepts, methods and software he (co-)developed are documented in over 1000 scientific contributions. For his outstanding contribution to the field, he has received several scientific awards, including an honorary doctorate at KU Leuven, and becoming a Fellow of the Royal Society of Canada.

Among these contributions are an equation for the estimation of natural mortality in fishes, a computer-based method for estimating the growth of tropical fishes, papers on human impacts on the oceans as well as  the demonstration that that we are ‘fishing down’ the oceans, the hugely influential essay on ‘shifting baselines’ .

He is also amongst those responsible for the creation of FishBase, an online encyclopedia of all fish in the world.

Chair of the Advisory Committee, ICES

As the Chair of the Advisory Committee of ICES (www.ices.dk), Mark Dickey-Collas oversees requests
from international commissions and governments for impartial evidence on meeting society’s marine
conservation, management and sustainability goals.

Mark has 25 years experienced in providing fisheries and marine science advice having previously worked as a national fisheries science expert in Northern Ireland and the Netherlands. Mark liaises with regional and international organisations across the North Atlantic and Arctic on issues such as ecosystem assessment, ocean health, data provision, Good Environmental Status (Marine Strategy Framework Directive of the European Commission),
vulnerable species and impacts of fishing.

His scientific experience is in the field of population dynamics, ecosystem modelling and the policy/science interface.

Mark is a member of the IMBER science steering committee and adjunct professor at the Danish Technical University National Institute of Aquatic Resources (DTU AQUA).

Dr. Brian Hayden is a Research Associate at the Canadian Rivers Institute, University of New
Brunswick where he leads the Stable Isotopes in Nature Laboratory.

Brian’s work examines the
trophic ecology of aquatic ecosystems to understand how populations and communities
respond to environmental change.

His research spans the entire food webs of tropical streams
to frozen subarctic lakes and coastal marine habitats, but with a primary focus on freshwater
fishes. Much of this work uses stable isotopes, naturally occurring biomarkers, to determine the
trophic ecology of specific populations and also define the structure of food webs supporting
entire communities.

Brian’s current research attempts to develop a better understanding of
how fish forage, develop and interact during winter, especially in temperate regions which
experience extended periods of ice cover, and how this relates to annual patterns in aquatic
ecosystem function.

Click here to find out more about Brian's work >>

Martine Maan is Associate Professor and Rosalind Franklin Fellow at the Groningen Institute for
Evolutionary Life Sciences, University of Groningen, the Netherlands.

She studies the biology of
species formation, specifically asking how adaptations to different ecological conditions contribute
to the development of reproductive barriers. She is particularly interested in the role of individual
behaviour in reducing gene flow between diverging populations, and the effects of environmental
heterogeneity on habitat choice and mate choice.

Her main study organisms are African cichlid fish,
in which she investigates the diversifying effects of two major environmental factors: parasites and
visual conditions. Her research employs a combination of field sampling, behavioural experiments,
molecular genetics and comparative analyses.

Pierre-Alexandre Gagnaire is a CNRS researcher within the Biodiversity and Marine Evolution group at
the Montpellier Institute for Evolutionary Sciences, University of Montpellier, France.

His research focuses on the evolutionary mechanisms that influence genetic variability and its relationship to
phenotype at genomic and spatial scales. These range from micro-evolutionary changes within
populations to the divergence process eventually leading to speciation.

This research has implications for the consideration of hidden layers of biodiversity for the conservation
and management of natural populations.
View Pierre's profile

Ruth Thurstan is a Marie Skłodowska-Curie Actions fellow and a lecturer at the Centre for Ecology and
Conservation, University of Exeter, UK.

Her PhD was completed in the UK, and before joining the
University of Exeter she held research fellowships at the University of Queensland and Deakin University
in Australia.

Her research primarily focuses upon marine historical ecology, an interdisciplinary approach
that draws upon the ecological, historical and social disciplines to understand what our marine and
coastal ecosystems looked like and how they functioned in the past, how humans have valued and
interacted with these ecosystems over time, and the extent to which our interactions have altered these
systems and the production of the goods and services we rely upon.

Her research into the past is
motivated by a desire to use this knowledge to inform contemporary conservation and management
actions to improve the future health and sustainability of our seas.

The 2021 FSBI symposium is proudly set up by

The purpose of the Fund for Scientific Research (F.R.S.–FNRS) is to develop fundamental scientific research within the framework of initiatives presented by researchers. It encourages the production and development of knowledge by both supporting individual researchers, and also by financing research programmes conducted in the laboratories and facilities mostly located in the universities of the Wallonia-Brussels Federation.

Thank you to Pim Niesten for helping with the SeaSpiracy workshop and to Sander van der Kloot for editing all the symposium recordings.

This website uses cookies to improve your experience while you navigate through the website. Out of these, the cookies that are categorized as necessary are stored on your browser as they are essential for the working of basic functionalities of the website. We also use third-party cookies that help us analyze and understand how you use this website. These cookies will be stored in your browser only with your consent. You also have the option to opt-out of these cookies. But opting out of some of these cookies may affect your browsing experience.
Necessary Always Enabled
Necessary cookies are absolutely essential for the website to function properly. This category only includes cookies that ensures basic functionalities and security features of the website. These cookies do not store any personal information.
Non-necessary
Any cookies that may not be particularly necessary for the website to function and is used specifically to collect user personal data via analytics, ads, other embedded contents are termed as non-necessary cookies. It is mandatory to procure user consent prior to running these cookies on your website.
SAVE & ACCEPT